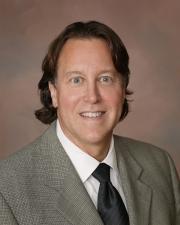 I am board-certified by the American Board of Gastroenterology, the American Board of Internal Medicine and the National Board of Medical Examiners. Since 2005, I have been an Associate Professor of Medicine at the University of Minnesota, and currently serve as Chief of Gastroenterology at Abbott Northwestern Hospital and most recently served on the Medical Board of Directors. I have also been very active in national GI societies recently completing a term as a Councilor for the American Society of Gastrointestinal Endoscopy (ASGE). I am currently a Trustee for the ASGE Research Foundation.

My areas of expertise include: gastroesophageal reflux disease, Barrett's esophagus, cancer of the esophagus and peptic ulcer disease. I am actively engaged in clinical research in these areas and I am widely acknowledged as a leading authority in these fields. I have published over 100 articles, abstracts and book chapters about digestive diseases and have made innumerable presentations at national medical meetings. I have been named to the Best Doctors In America several times.

In addition I am an avid inventor and hold 25 patents in the field of medicine, with several pending. I am widely considered to be a pioneer of cutting edge medical technology and have co-founded several medical device companies including BARRX Medical Inc., which is devoted to the treatment of Barrett's esophagus and early stage esophageal cancer. I was the first person in the world to perform balloon-based radiofrequency ablation of Barrett's esophagus.

Patient ratings and comments
A provider's ratings and comments are only posted if they have a minimum of 30 completed surveys within a 12-month period and they participate in the NRC Real Time patient experience survey with Allina Health. Learn more about the survey.
Searching...
You'll need to sign in to use this feature.
Sign in/Sign up
Do you want to add your Allina Health MyChart to your account?
Yes
Estimated Wait Time

Health insurance coverage for physicals varies depending on your plan. Contact your insurance provider to verify coverage, especially if you've scheduled less than a year from your last physical exam.
Physical
Exam and review of health, including screenings.
Office visit
Care for illness, injury or specific concerns.
Want guidance?
Check symptoms
Got a question?
Call 1-888-425-5462
Got a question?
Call 1-888-425-5462
;

Health insurance coverage for physicals varies depending on your plan. Contact your insurance provider to verify coverage, especially if you've scheduled less than a year from your last physical exam.
Well-child visit
Checkup of child's growth and development.
Office visit
Care for illness, injury or specific concerns.
Want guidance?
Check symptoms
Got a question?
Call 1-888-425-5462
Got a question?
Call 1-888-425-5462
;