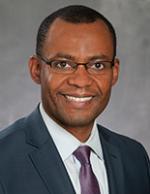 Jesse Manunga Jr., MD is a vascular and endovascular surgeon at Allina Health Minneapolis Heart Institute – Minneapolis. Among his achievements, are the Excellence in Research Award in 2010 at UCLA-Kern Medical Research Forum; 2010 Surgical Jeopardy winner at the Southern California Chapter of the American College of Surgeons in Santa Barbara, California and the recipient of the 2011 Jack H Block, MD Surgical Resident of the Year at Kern Medical Center in Bakersfield, California. In 2016, he was recognized by Mpls St. Paul Magazine as a Top Doctors: Rising Star.

While at UCLA, Dr. Manunga co-founded the Research and Mentorship Program (RAMP) that encouraged medical students to get involved in research by pairing them with UCLA professors at the School of Medicine.  He was also a member of the medical school admissions committee at David Geffen School of Medicine at UCLA.

Patient ratings and comments
The patient experience rating is an average of all responses to questions from our NRC survey. Learn more.
Allina Health participates in many health plan networks. Get details about our participation in the health plans and programs listed below.

Major health plans we participate in

Other health plans we participate in

*Medicare and PreferredOne do not cover acupuncture services provided at Penny George Institute for Health and Healing.


These details are subject to change. Please contact your health insurance company directly to confirm your coverage for any specific Allina Health provider, such as a physician or nurse practitioner, or a specific facility, such as a hospital or surgical center.

We can provide an estimate of your out-of-pocket costs for many common health care services. Get your estimate online or over the phone. For an online estimate, sign in to your Allina Health account or continue as a guest. Be sure to have your health plan ID card handy so we can factor your specific coverage into our estimate.
Searching...
You'll need to sign in to use this feature.
Sign in/Sign up
Do you want to add your Allina Health MyChart to your account?
Yes
Estimated Wait Time

Wait times are an estimate and reflect the average time from arrival to being in an exam room.

Health insurance coverage for physicals varies depending on your plan. Contact your insurance provider to verify coverage, especially if you've scheduled less than a year from your last physical exam.
Physical
Exam and review of health, including screenings.
Office visit
Care for illness, injury or specific concerns.
Want guidance?
Check symptoms
Got a question?
Call 1-888-425-5462
Got a question?
Call 1-888-425-5462
;

Health insurance coverage for physicals varies depending on your plan. Contact your insurance provider to verify coverage, especially if you've scheduled less than a year from your last physical exam.
Well-child visit
Checkup of child's growth and development.
Office visit
Care for illness, injury or specific concerns.
Want guidance?
Check symptoms
Got a question?
Call 1-888-425-5462
Got a question?
Call 1-888-425-5462
;