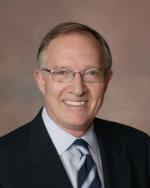 In 1983, I joined Scott and White clinic in Temple, Texas, where I served as a Senior Staff Physician. In 1986 through 1994, I served as an Associate Professor of Medicine and Program Director of the Gastroenterology Fellowship including Gastrointestinal Endoscopy at Texas A & M University Health Science Center.

In 1995, I joined Minnesota Gastroenterology and have served the healthcare community in St. Paul and the surrounding region for more than 14 years. In particular, I have served in many clinical and administrative positions at United Hospital, a major tertiary referral center. Of note, from 2000 to 2005 I served as Chairman of United Hospital's Department of Internal Medicine.

I have been practicing Gastroenterology for more than 25 years. I am board-certified by the American Boards of Gastroenterology and Internal Medicine. My special interests include nutrition, new endoscopic technology, and gastrointestinal motility disorders including gastroparesis.

Over the course of his career, I have published more than 30 articles and have conducted research on gastrointestinal issues including newer endoscopic techniques and biliary and pancreatic disease. I have received numerous awards and recognition, including being elected to Fellow of the American College of Physicians and the American Gastroenterology Association Fellow. I am active in local and state medical associations and I am currently serving on the board of the East Metro Medical Society.

Patient ratings and comments
A provider's ratings and comments are only posted if they have a minimum of 30 completed surveys within a 12-month period and they participate in the CGCAHPS patient experience survey with Allina Health. Learn more about the survey.
Searching...
You'll need to sign in to use this feature.
Sign in/Sign up
Do you want to add your Allina Health MyChart to your account?
Yes
Estimated Wait Time

If you are experiencing a medical emergency, call 911 or go to the